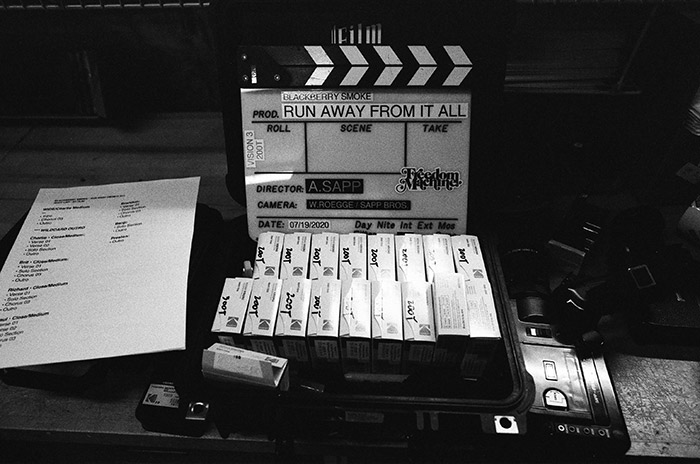 Blackberry Smoke • Run Away from It All

Back in September… Will Roegge, Jamie Sapp, and I had a chance to shoot the final pieces to a very special music video for Blackberry Smoke. This project was well over a year in the making and was essentially born from one of my personal projects documenting motorcycle trips on Super 8mm.

Staying true to the medium… we decided to shoot the band performance entirely on Super 8mm to match the aesthetic of the footage from the road. Although this was not my first official music video on Super 8mm, it was my first full-blown video shoot of this kind to be shot entirely on film… which presented a number of previously unforeseen challenges.

This video marked the first official project that the three of us got to work on together as Freedom Machine… and it’s safe to say that our future endeavors have A LOT to live up to! This video was an absolute blast to make. From the time on the road living life and creating these memories, to the time together shooting the band to finalize the video… it represents a very special time in all of our lives. I am honored to have had the opportunity to create something so unique for such an incredible band. A special thanks to Brit Turner and the gentleman of Blackberry Smoke for making this all come together!

You can catch the music video the ol’ fashioned way via CMT… or you can check it out online below!