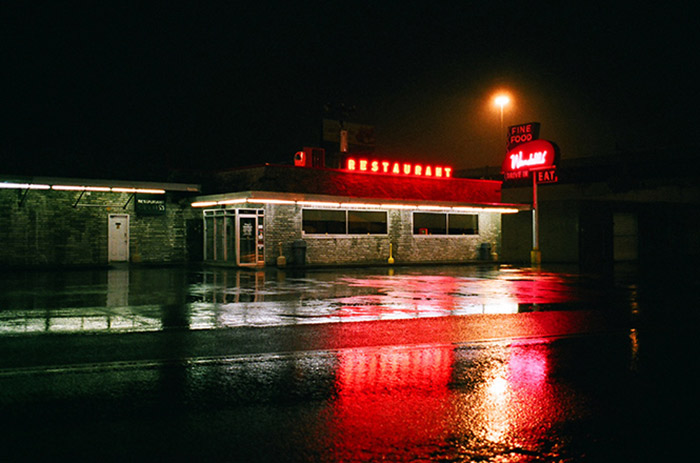 An Ode to Natura

Fujicolor Natura 1600.  Easily my favorite film stock of all time.

Since first shooting it in 2015, I have been burning roughly 100 rolls of it per year.  Although I know that Fujicolor Superia 1600 is the same film stock for markets outside of Japan… the bottom line is that I haven’t had the same love affair with the Superia counterpart.  My experience with Superia 1600 has been met with a lot of undesirable grain… perhaps due to improper storage stateside.  Because of this, I have never come to fully trust it the way I trust Natura.

Over the years it has become my voice in color photography.  I know it inside and out.  Nine times out of ten I don’t even need to meter for it.  I have had enough time with it to know… and that caliber of knowledge is invaluable to me.

Falling in love with a Japan-only film proved to be tough on the wallet… but this film was worth it.  In fact… since announcing it’s discontinuation in May 2018… I’ve slowly come to grips with the fact that I would pay anything for this film.  Because it IS worth it.

This film sings to me like no other.  It’s grain has a certain silk to it, and it’s slightly muted palette opens up a world of wondrous color when over-exposed…  and those colors became my paintbrush.  Being the fastest color film in production meant that I felt confident taking it handheld anywhere… and I do mean anywhere.  I gravitate towards low-light scenarios in my work, and Natura became that whisper in the dark that told me “we got this”.

I have felt a certain allegiance to Fujifilm because their X100S redefined the very way that I saw the world around me… inevitably bringing me full circle back to film.  But it pains me that the very company that helped birth my voice as a photographer… is now stifling it.  The rate in which they are discontinuing their films across the board is alarming… and indicative of a shift in focus that seems wildly contradictory considering they have the word ‘film’ in the company name.

I was not fortunate enough to ever shoot Kodachrome… but I now understand how photographers must have felt as it finally became one with the history books.  It is safe to say that Natura is my Kodachrome… and I too am being forced to bid adieu.

I know there are alternative (albeit slower) films.  I know this isn’t the end of the world… but this IS the end of a very special time in photography for me.  I have very little (less than 30 rolls) of both Natura and Superia 1600 left in my fridge.  I will continue to shoot them until they are gone.  A genuine end to an era.

To celebrate my reigning champ of high-speed color film… here are a few of more of my favorite photographs on this magical film.