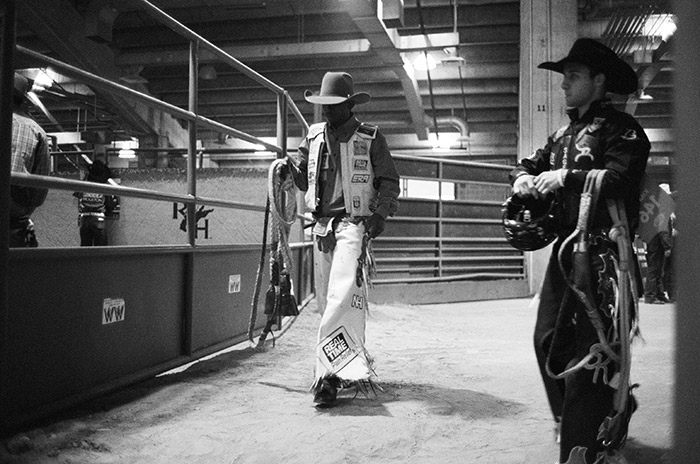 When street photography first piqued my interest, my curiosity inevitably led me down a dark, black-and-white alley into to the world of Hamburger Eyes. In case you are unfamiliar… this documentary trailer (full length here) sums them up quite well:

To put it mildly, I am a longtime fan. Every single issue is an inspiration on a level that words simply cannot describe. For whatever reason, I never saw my work as being aligned with their voice as a publication. Time, however… changed the way I viewed my work, and I ultimately realized that I was wrong. That being said, I am incredibly proud to be a part of Hamburger Eyes’ effort to tell “The Continuing Story of Life on Earth”.

The bulk of the photographs were made at The Houston Livestock Show and Rodeo between 2015-2019. There a two photographs from the First Nations Powwow at the Calgary Stampede in 2016, and one of a drunk cowboy at a gas station in Cave City, Kentucky in 2015 that warrants a post of it’s own at some point. All were shot on various 35mm film stocks with the color photographs converted to black-and-white for the publication.

I’d like to give a special thanks to Ray for the opportunity to be part of the Hamburger Eyes story. It’s an honor!

You can pick up the latest issue here.