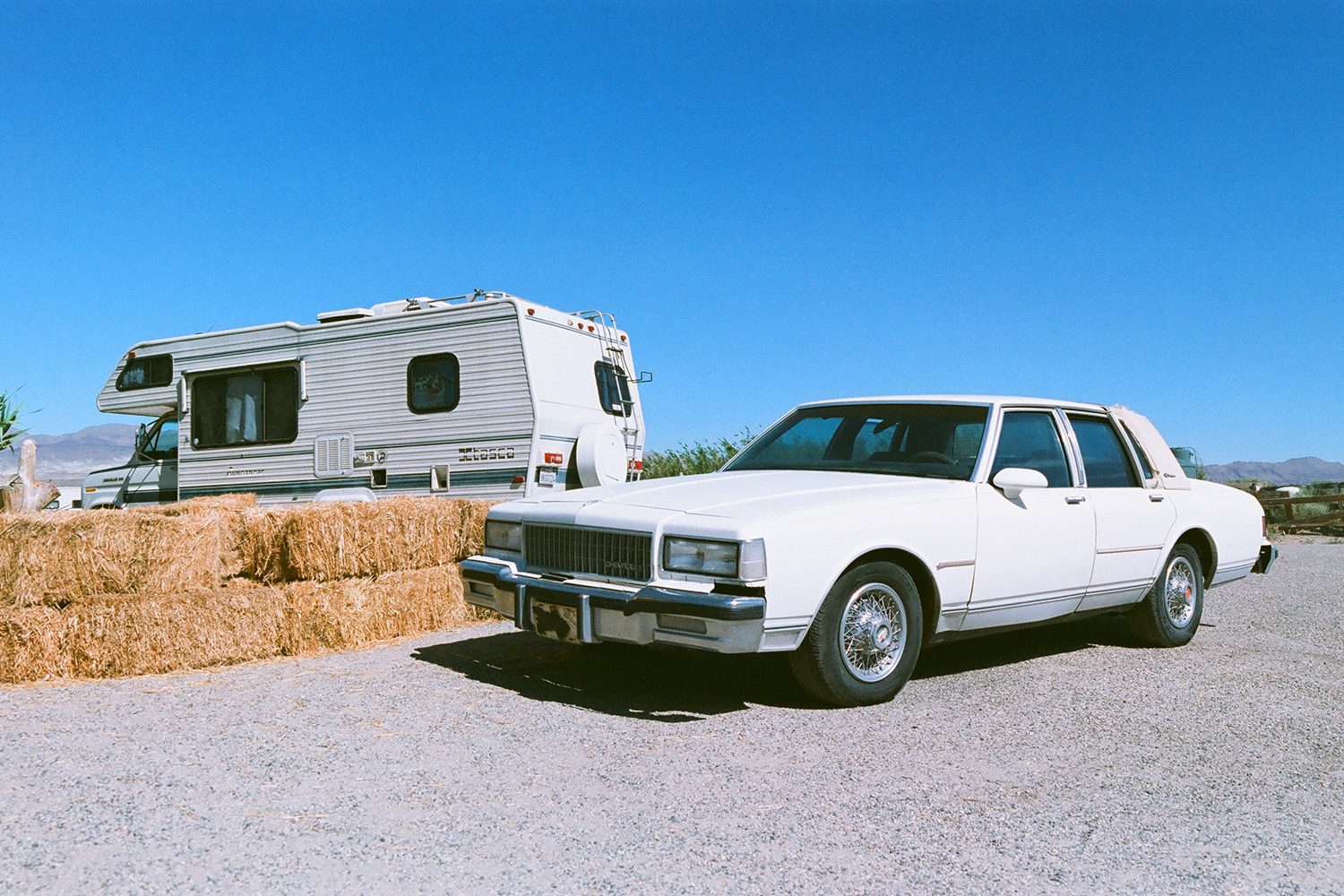 Last month I embarked on what would prove to be the best trip I have ever had the privilege of taking. As someone who travels for a living, I am fortunate enough to see the world as a perk of the job.  However being “on the clock” means there is always a schedule… and always a destination. With that in mind, a few of my closest friends (who also travel for a living) and I decided on a trip together that had neither.

The plan was essentially to have no plan. We would depart Los Angeles and make our way up 395 towards Mammoth Lakes with hopes of making it to Yosemite. Maybe we would get there… maybe we wouldn’t (spoiler alert: we did not). We left the plans intentionally loose so that we could go wherever the road took us… literally and figuratively.

I rented a Harley-Davidson Softail, my brother Jamie rented a Mustang GT, Will Roegge took is 4X4 Sprinter, Alex Chapman picked up an Indian Cheiftain, and Alex Bernstein joined us along the way in his Toyota 4Runner. Five photographers. Five vehicles. Five different views of the world.

We clocked 900 miles over the course of five days, camping the entirety of the trip… making nightly stops at Jawbone Canyon, June Lake, Mammoth Lakes, and Lake Isabella.

The beauty of this trip was the freedom that we allowed ourselves to have. We didn’t have to be anywhere at any time. We just had to be where we were in that moment. Somehow all five of us found ourselves traveling on the same wavelength. Living life to live it… and sharing the experience with each other… not the rest of the world.

I had a lot of time in my own head on this trip… and the very nature of this experience had me thinking a lot about what is enough in life. Advertising has us chasing the latest and greatest everything. Social media has everyone chasing other people’s life experiences. Today’s world… at least to me, anyway… feels like nothing is ever enough.

My big takeaway from this trip wasn’t just the adventure and the camaraderie… it was really evaluating my life as a whole and taking inventory on the things that are enough for me to maintain a baseline happiness.

I’ve taken motorcycle trips before… but this trip was my first opportunity to really live off the back of a bike. I have never felt more free in my entire life than I did spanning the five days of this trip. It’s safe to say that I did not want it to ever end… and that this trip will be the first of many like it.

A thousand pictures and a thousand words could never truly capture the magic we lived. That being said… here are a few of my favorite 35/70mm photographs from the trip.