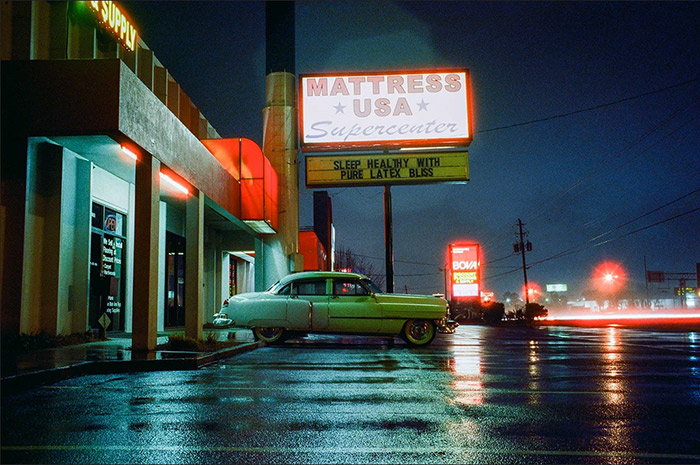 A special thanks to CineStill Film for using my photograph of this 1950 Cadillac Coupe DeVille to illustrate the unique qualities of their 800T stock! If my memory serves me correctly, this photograph was part of a gallery show on CineStill’s behalf at SXSW in 2016. I shot this in January of 2015 and had my eye on this scene for well over six months… however there was always a modern SUV parked next to it. This was the first time the car was sitting in isolation… and regardless of the rain, I had to shoot it. This was only my fifth roll of film through my M6, and first attempt at a long exposure with the camera. I foolishly only snapped a single frame, but this was it… and boy did it stick the landing!

There was something truly magical about those first few batches of this film stock. It could very well have something to do with the local lab that I had this processed at (that has long-since folded)… but I have never been able to recreate the look that I got back from those early rolls. Regardless… I’m happy I got what I did, when I did… and honored to provide an example for what this film is capable of!