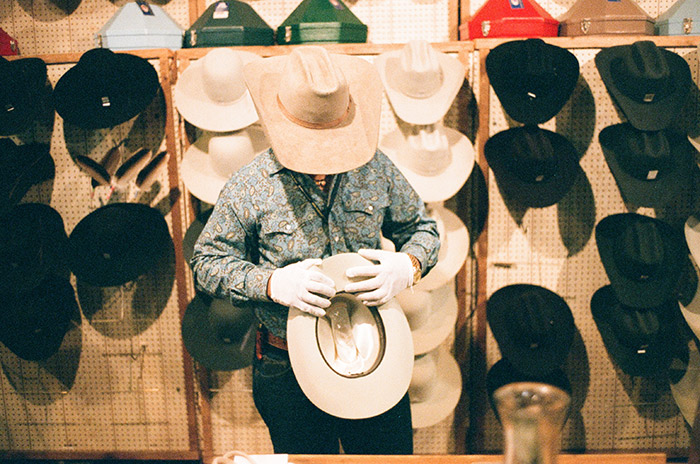 This past year was a record-breaking year for me in regards to travel. I never truly unpacked and was fortunate enough to experience more than I’ll likely see in the span of a year… well… ever again.

The big ticket item was easily Alaska. I was lucky enough to visit the northwest extremity three separate times this year… each visit seemingly more life-changing than the last. Homer, Fairbanks, and Anchorage… it’s safe to say the 49th state has stolen my heart.

The United Kingdom landed one of my favorite street photographs. This gentleman was having a moment all to himself in a world of his own… and this is one of those rare candids that just captures it.

Another oblivious moment here in Australia with a man who doesn’t need an encyclopedia… but definitely needs his wife. He was feverishly trying to text message her whilst mumbling under his breath.

A quick jaunt o’er to Canada for some ice cream on the streets of Toronto. I love seemingly timeless moments of everyday life… and this moment is no exception.

Back home… a most unusual… and wildly fascinating local character with many, many rings. He owns a Confederate museum-of-sorts and sports two loaded .45’s on his hip under the guise of being Stonewall Jackson reincarnate. He and his store are a bit of an attraction, but I enjoyed the hour-long conversation we had together. He kindly obliged my request for some photographs… this one being my favorite.

If I could write a love-letter to The South… I’d have to include watching dirt track laps pass from the bed of a Chevrolet pickup.

Or the smile you get when you purchase your very first Silverado… even if it is from 1976.

Or the double-take when you can’t tell who is driving… but you don’t care ’cause this is just the doggone cutest.

This gent goes by Cowboy… and he hauls for Keith Urban. I casually snapped this as he wrenched on his rig. He and I wound up sharing lunch together chewing the fat about old trucks and motorcycles. He bragged on his family… and the fleet of jacked-up C10’s he built for them. We finished our meals… thanked each other for the good conversation and went our separate ways. I’ll likely never see him again, but in that brief exchange he cemented himself as the rock star of that outfit in my eyes… even more-so than the man that he hauls for.

This is no doubt, a site to be seen for yourself. It is genuinely unique with nothing around it for miles. The silence there is almost deafening. I hoped to rival the one-of-a-kind experience of this installation with a one-of-a-kind film stock.

Some genuine themes are starting to emerge in my work. At times, I think that my work is telling me more about myself than I already knew.

I found out at the end of the year that my favorite truck stop would live no longer. The grounds were purchased by a large chain truckstop and it would be bulldozed in an effort to compete with the other big chain across the interstate. Another piece of yesterday… gone with a promise of a “better” tomorrow.

I’ll wrap up this year’s recap with a self-portrait that really drives home the current state of my life… and even this post. A man on the road reflecting on the world around him through the process of making photographs.