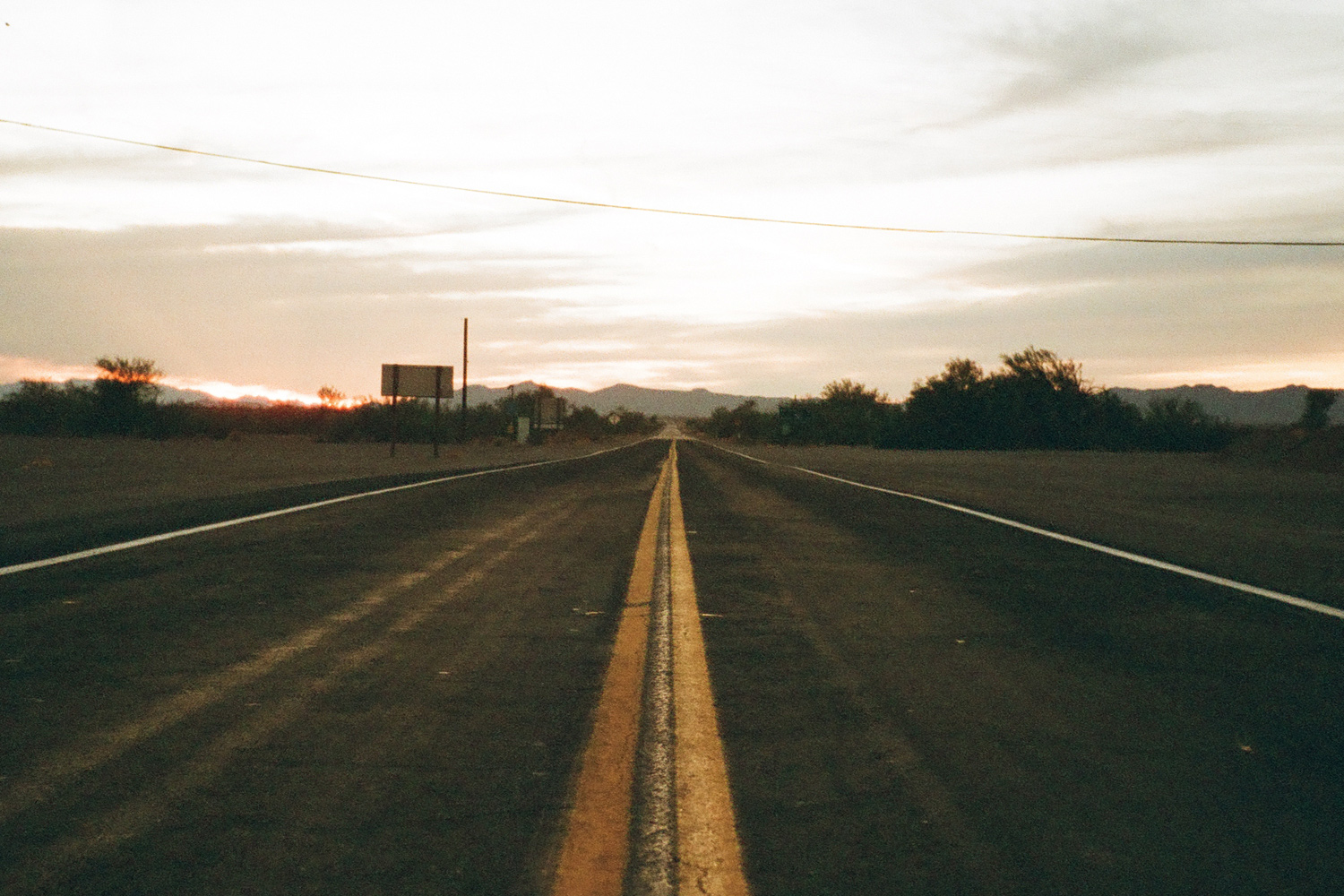 I still haven’t quite wrapped my head around the entirety of my 3788 mile trip across America on an old Harley-Davidson. As mentally and physically prepared as I attempted to be prior to making this voyage… the reality of the road would quickly provide a plethora of lessons that would prove me otherwise.

This trip was the most difficult thing I have ever attempted in my life. It was an array of constant mental and physical challenges… incessantly troubleshooting, assessing potential outcomes, waging risks, resolving mechanical issues, choosing routes, monitoring fuel consumption, etc. There is no sugar-coating it that the highs were high, and the lows were low. Cruise-control in both a literal, but especially a figurative sense was never an option. There was not one easy day, and of all of the unforseeable challenges, the weather was easily the most physically taxing… while consistently worrying about the next available fuel stop easily occupied the most mental space.

The intent behind this journey was two-fold: to ride the machine I built across the country avoiding interstates and to document back-roads America along the way. As circumstance would have it, departing the first week of November amidst a frigid cold-front changed the modus-operandi almost immediately. While I did avoid the interstates almost entirely… the sub-to-near freezing weather forced an alternative plan: just get there. In many cases, survival became the precedent, forcing me to experience many of these parts of America as a passerby instead of as a photographer.

As I stated in my previous post… one of the biggest stipulations of the initial purchase of this motorcycle was forcing myself out of my comfort zone by figuring it out on my own… and to (stubbornly) never ask for help. After an encounter with an outlaw motorcycle club in San Patricio, New Mexico (which is another story for another day), I wound up having unrelated mechanical issues with my bike as I pulled into a town called Socorro.

The bike would not idle at all, and was simultaneously exhibiting symptoms of running both rich and lean. I was initially thinking Socorro’s elevation of 4600 feet was the culprit… however after 5 hours of wrenching on the bike between two different gas stations… I was stumped. I was also worried that if I pushed the bike any further trying to get away from the elevation that I would potentially grenade the motor. I decided the safe move was to admit defeat and to finally ask for help. I was 82 miles from Albuquerque where Thunderbird Harley-Davidson just happened to be open on the following Sunday morning. So I got a room in Socorro for the night and had my motorcycle trucked in early the next day.

I felt defeated… but I knew that asking for help was the right move. The silver lining is that I got to ride in the cab of a Peterbilt for an hour and a half… and as I’m explaining this entire saga to the truck driver… he stops me and says: “You know what Socorro means in Spanish, right?” I replied “No, sir.” He said “It means help.” I burst out laughing… and a tear of joy ran down my right cheek. I finally caved and asked for help… in a town that literally means help. It was in that moment that I learned my biggest lesson of the trip: While it’s noble to strive to do everything on your own… it’s also okay to ask for help when you need it.

Turns out… I had been riding so far off of the beaten path that I got a tank of bad gasoline. The inside of the float bowl of the carburetor was laced with a thick coat of what looked like clay. We cleaned it out, did a quick rebuild on it and I was back on the road headed for Flagstaff by noon.

Reaching the California coast yielded a feeling I have never felt before in my life. Not only did I conquer the entire American landmass by myself on an old Harley-Davidson… I did it on a machine that I built with my own two hands. The accomplishment and pride was overwhelming. In all honesty… it still is, and I’d imagine that it always will be.

The ten days of riding with nothing but my own thoughts rumbling around inside my head was wildly therapeutic… leaving me hungry for more time chasing down the horizon like this. I wish I could put into words what this kind of riding does for the soul… but I simply cannot.

I spent the next ten days with one of my favorite humans on the planet, Will Roegge. We rode from Lawndale to Phoenix and back for Hobo’s wedding, where I got to see some great friends whom I hadn’t seen in many years. Reminiscing on old times and catching up on present-day adventures with a veritable powerhouse of creatives left me feeling recharged and my soul feeling full.

Once Will and I made it back to Lawndale, we loaded my bike into the back of his Sprinter and road-tripped it home to Atlanta. Realistically, I had run out of time to ride all the way back – but mentally I just wasn’t ready to turn around and do it all over again so soon. As it turns out… the trip back with Will was my favorite part of this journey. Even though the solo portion of this trip was life-changing… there is just something magical about sharing the road on a cross-country trip with a best friend. We explored more of west Texas, making a mandatory detour through Marfa since Will had never been. It was all a fond reminder of how much I love west Texas.

With each new trip I take across this country… my love for it, and my love affair with the road becomes stronger and stronger. I feel lucky, and eternally grateful to be able to see it and experience it the way that I do. It reinforces my pride as an American and also fuels my drive to document it the way that I see it and hopefully provide some semblance of the justice that I feel it deserves.

I didn’t wind up with enough photographs from this trip to fuel the book that I wanted to make. I’m kicking around the idea of making a ‘zine with them instead. The 7 cartridges of super 8mm film I shot will still make it’s way into a short film… so stay tuned!