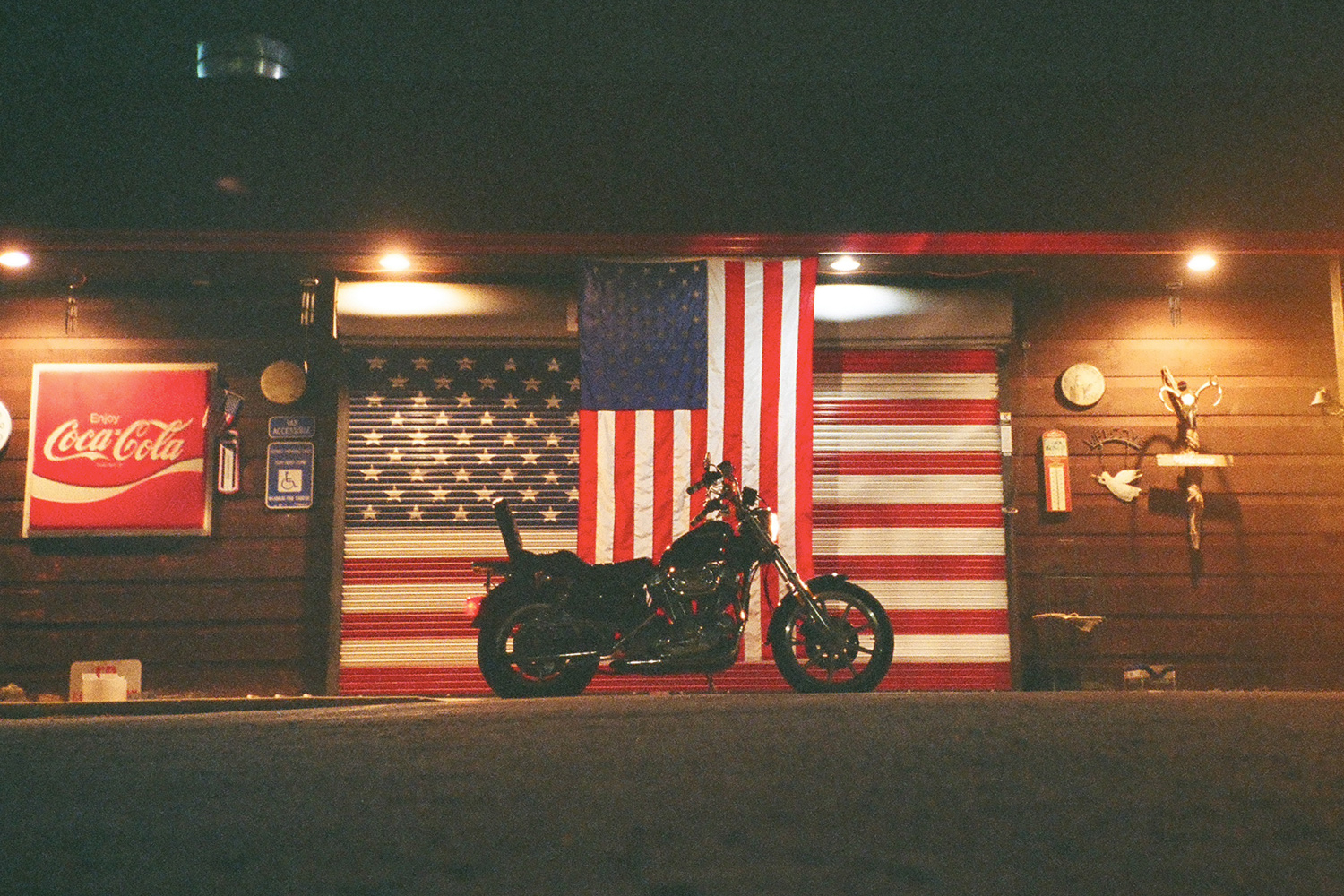 I once saw a quote that read “I never wanted a Harley-Davidson… but I always wanted a Sportster”. This sentiment rang wildly true for me. Harley culture was not initially appealing to me at all… but there was always an attraction that I could not shake surrounding that bike. After nearly a decade of lusting for one, I bought a pristine 1988 XLH883 from a gentleman named “Sporty Spence” (pictured below) in 2016. There were two personal goals I immediately set with this purchase: to learn do all of the work on the bike myself, and to one day ride it across the country.

I had no idea how this piece of machinery would transform so much about the way that I see and think about the world. I could write an entire essay about this in itself… but in short, it has made me evaluate what I really need in life. It has also helped me overcome a plethora of personal fears and boosted my confidence in my capabilities as a human… well… basically off the charts. It has driven home the idea that if you want something done right, you have to do it yourself. It has also forced me to come to terms with my own mortality. I had no idea prior to this purchase that a simple machine was capable of such a transformative experience.

Last November, the motor went. One of the piston rings seized up, cracking a valve guide sending shrapnel through the motor, marring the heads, bending the pushrods, and generally wreaking havoc internally. I was devastated, and terrified… because this meant I had to figure this out on my own. Over the course of the past year, I tore the bike and it’s motor apart and slowly pieced it back together. Logically, I replaced what I could with better/stronger parts… essentially building a bit of a hot-rod. I wound up spending more than I initially paid for the bike in the first place to repair it. But this bike was always my dream… and it was worth every cent to do things “The Old American Way”… and not just scrap it for something newer and cheaper.

Three weeks ago, I fired it up for the first time and it was wildly emotional. I never thought I was capable of doing anything like this. I broke the motor in riding 9 hours up into North Carolina and back astounded that something I built took me there. Breaking in the new motor through the foothills of the Appalachians felt… absolutely perfect. I’ve decided the time has come to ride it across the country. I am confident in the work I’ve done, and feel one with this machine. This bike is ready… as am I.

Since my departure from social media… I’ve become increasingly private. It’s honestly a miracle I still have this journal on my site. That being said… I am going to go out on a limb here that isn’t super comfortable to publicly be out on, but I want this to be in writing before embark on this journey. I am 110% aware that motorcycles are dangerous. I know that every time I get in that saddle that something could happen. They’re called accidents for a reason. I am very, VERY aware of the risk. I feel the need to say… that if anything should ever happen to me where it’s game over… that it’s okay. I have lived an INCREDIBLE life. I have an AMAZING family that loves me, fostered an absolute dream career as an artist, found incredible friends along the way that feel like family… the list goes on and on and on. I’ve experienced SO much of this amazing world, lived life on my own terms, and I’ve had a REALLY good run. This isn’t some cause for alarm or cry for help… it is quite the opposite. This is simply celebration of the road behind me, self-awareness that the road in front of me is dangerous, and acceptance of responsibility on my part if I am dealt a bad hand.

I’ve decided, much like driving to Alaska, to make this journey by myself. I can’t explain why I need to do these things on my own… but I do. I plan on avoiding the interstate and making a book & super-8mm film from this trip. I am equal parts excited and terrified… but also quite ready. This dream has been well over a decade in the making, and I couldn’t be more excited that it is finally happening… even moreso on a machine that I built with my own two hands!!