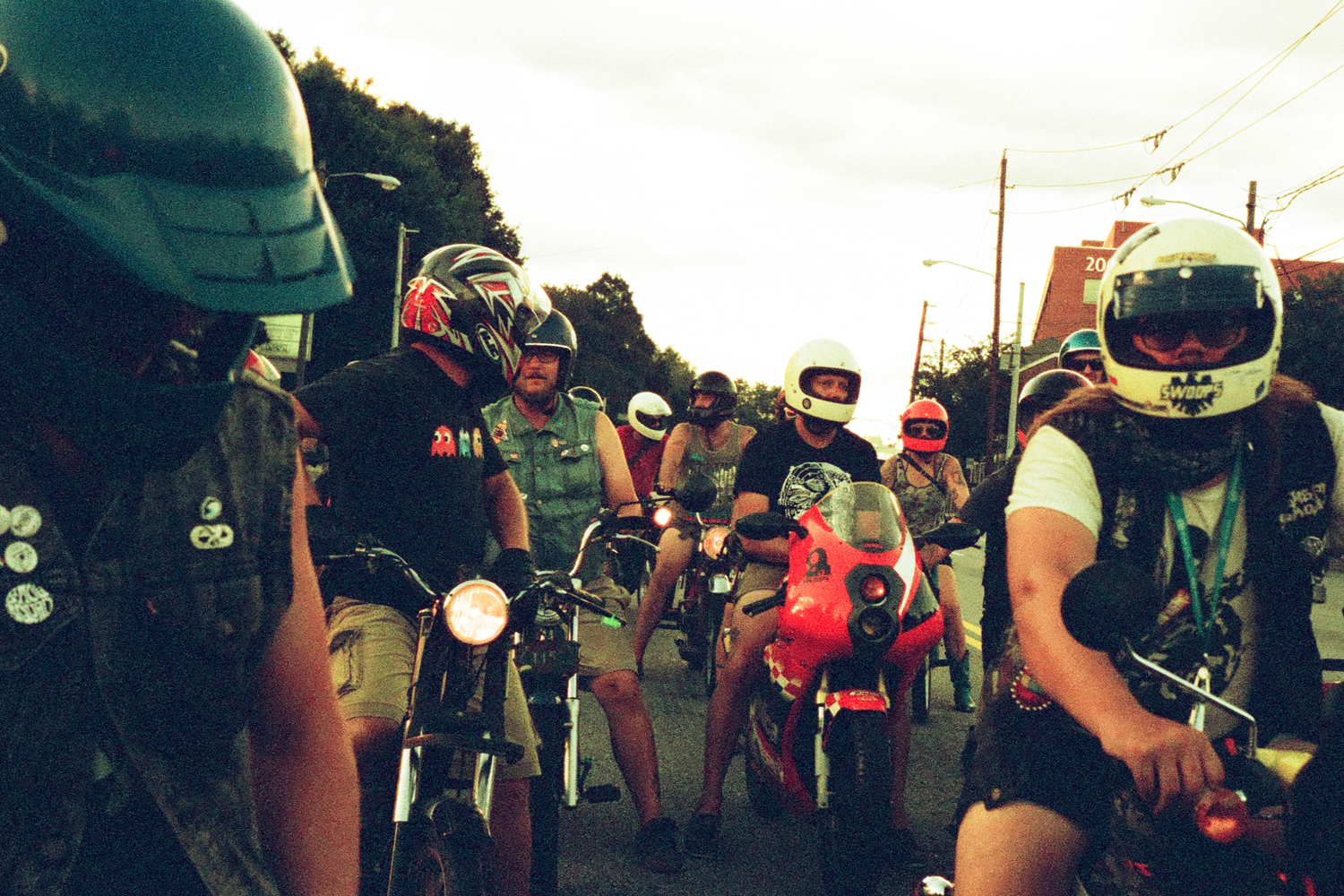 Before I ever had a motorcycle license… I had a moped (still do). They were my gateway to all things two-wheeled and taught me immeasurable sums about riding motorized cycles. I was introduced to mopeds in 2010 at a drift event in Atlanta… and for two solid years I rode around with the local Swoop Jockeys moped ‘gang’… officially named ‘FUCK THE SWOOPS’. During that time I began documenting this crazy world of which I always felt outside looking in (lifelong recurring theme, btw). Looking back, however… I was anything but.

I recently rediscovered a treasure trove of footage from that 2010-12 era… and upon finding it was wildly inspired to make the short film that I had originally intended. I wanted to encapsulate the camaraderie and excitement that orbits the world of vintage 50cc 2-strokes… to make something that would motivate someone go out and buy their first moped… or to go ride the one they already have.

I’m honored to have captured what I did… when I did. This footage marks a special stamp in time for everyone in it… and I am proud to present it to the world.